Teaser Tuesday: 1 of 3
Make sure you come back next Tuesday for the 2nd teaser 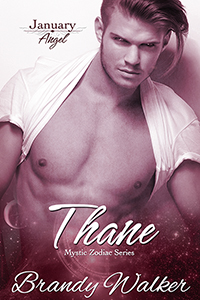 It didn?t matter what people called him. Thane knew the truth. Of all the names in the world, only one described him to a T?Damned.

Damned to hell on Earth fifty years ago because of one simple misunderstanding.

Damned to watch over humans, demons, and other Mystics, while listening for their cries of help. Hoping each time he aided them; it would redeem his image in the eyes of the Gods.

Worst of all, he was damned to obey the whims of a man he once called friend. To bow down before the man; when before they stood on equal ground.

Pushing through the front door of his home at daybreak, the first beams of soft light filtered in behind him chasing the darkness away. The soothing scent of warm leather and cedar washed over his senses, clearing the stench that earlier filled every pore. It felt good to be back home.

?Mark off another lackluster evening watching over the scum of Viral City.?

Fuck, he was beat.

Instead of wasting away his days chasing women for sport on Olympus, he now spent each and every waking minute searching for a way to earn his way back into Zeus?s good graces. To show his remorse for treading where he shouldn?t have. As of yet, he?d had no luck wooing the capricious God.