Guess what? We have the blurb for FINDING MORE!!!!!! I’m super excited about it. Seriously! FINDING MORE is the story that doesn’t seem to want to quit or be finished. Getting the blurb done is a major win in my book. I won’t keep blabbering on when I know what you want to read. 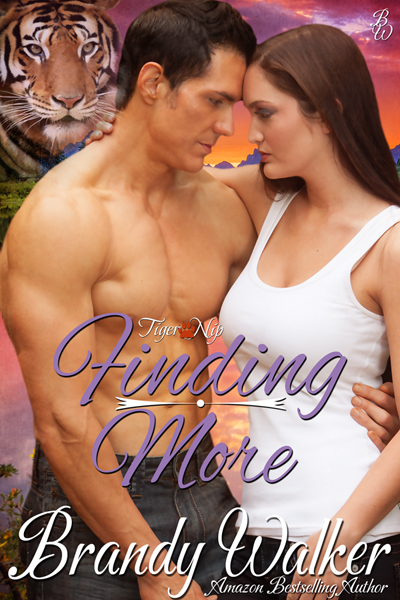 Devon Anderson’s life changed forever when his wife died; leaving him to care for their three small children, run his thriving Family Practice, and be the Golden Boy of their small Wyoming town, Garden. He thought he’d found the perfect solution to his loneliness and desire to have a companion when he asked Mary Jane Poppy to be his wife, but fate had something else in mind.

Fate came in the form of lithe, hybrid Carolline Greene; make that Dr. Carolline Greene, expert in Hybrid Development and Studies, and the one who showed Mary Jane she could go after the man she really wanted. A year down the road and Devon was still struggling to stay afloat with all of his responsibilities and battling the need for a companion even more.

Carolline Greene loved the new life she was building in Garden. She had a home she could call her own. A few very dear friends she would do anything for. Most importantly though, she had a position at the hospital that allowed her the time and resources to help people like herself. Give them the support, knowledge, and understanding she never had. She saw a bright, albeit lonely future, but she could deal with that. It wasn’t until a leisurely morning run ended with her thwarting the attempted kidnapping of three kids did her life take a sudden and life-changing turn.

Now that Fate has pushed them together, will Devon and Carolline look beyond first impressions and rumors to see what they could be? Mates meant to be together…forever.

FINDING MORE Tiger Nip, Book 3 DIDN’T MAKE THE CUT Granted those experts don’t take hybrids into account. From my studies the majority of hybrids don’t fall into the normal standards because of their recessive genes. Hybrids with fewer recessive genes will fall closer to the norm. Someone like me, who has a lot of …

Monday…..yep, its here. Happens once a week, even though sometimes it seems like every day is a Monday. What should we talk about today? How about a Monday Memory? A trip back to the beginning of the Tiger Nip books and CRAVING MORE. Need a refresher? Corrine Hart is ready for few days off for …

October started and I wasn’t even around to start blogging. Go figure. Yesterday was a day filled with rain and a band competition for the middle kid. It was cool because it was up at the Naval Academy but then the rain was well, a bit of a damper. Times got adjusted. Hubby and I …

I scheduled three blogs, one is for next week, and I’m already out of topics. How am I ever going to make it through 31 days of blogging? What in the hell will I talk about? Or share? Or spread around like a bad meme that you can’t help but read and share with your …