BEFORE YOU DIVE IN: Each book can be read as a standalone but for anyone who would like to read the series from the beginning the first book, SHIT KICKERS & STILETTOS, is available on Amazon for free. 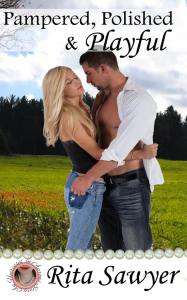 When Tiffany Craig?s father served her with an ultimatum to go to college or he?d cut her off she knew the last thing he expected was for her to turn the tables on him. Sick of her entire family looking down on her she does just that by issuing a threat of her own. Her mother and sister were annoyed that they were going to have to take her place on the charity boards and foundations she sat on in her family?s name. Her father could change that by just taking back his demand. She knew he wouldn?t do that. So Tiffany was going to live her life the way she wanted.

Tiffany and Ace Fentonworth don?t have the best first meeting, or second, or third, but each time she ends up in his arms with his mouth on hers. Ace had no idea what it was about Tiffany Craig that drew him in. Whatever it was it also turned him into a first class jerk, but he couldn?t stay away from her even when he tried. The more he was around her the less he wanted to. Nothing about her made any sense and Ace wanted to find out why. He knows the only way he?s going to figure it out is to spend more time with her.

But could they work past their assumptions about each other and find out why they couldn?t stay away from each other?

Rosie?s uncle Teddy may not have been able to be around all the time, but he was always there when Rosie needed a dose of reality. Unlike her parents he believed that she needed to keep her feet on the ground even though she spent most of her time running charity and social events mingling with people who had their heads stuck in the clouds. When he dies she?s lost. Her friends try to be there for her, but her uncle does the unbelievable and leaves her part of his business. The other half he leaves to his sexy right hand man. He requests that the two of them move into his house for six months and find a way to make things work together, but since all she can do is stare at his ass and find ways to push his buttons Rosie?s not sure if this is going to work out.

Dade Sebastian would do his best to honor his boss?s last wish, but just looking at his niece he knew it was going to be as simple as it sounded like it would be. Then the lawyer throws him a curve ball by announcing he?s not just going to help Rosie learn to run the business. Instead he?s is named as co-owner with the company being split equally between the two of them. Together they?re supposed to make things work, but that?s hard to do when all he wants is for her to stay in the kitchen, or better yet in his bed. 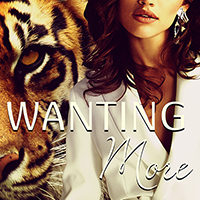