SERIES: SEALed For You
BOOK: 4

Navy SEAL Lieutenant Commander Mac Garc?a spent twenty years in the military but had no plans to retire. He didn?t know what his life would be like without the SEALs, and through the years he saw the worst in the world. He?d be damned if he?d see another attack on American soil. Arriving home, he?s faced with a whole different obstacle?twin toddlers. As the only family left to these little girls, he has to figure out what the next step in his life will be and how he?ll manage raising two children.

A knock at Nicole Ryan?s door delivers the news of a friend?s death, and now she?s alone to care for the twins until their guardian arrives. As their nanny since they were born, she can?t picture being separated from them, let alone seeing them head to the other side of the United States. She?ll fight for the right to keep the girls, because she doesn?t know how else to deal with the loss of their father, and she can?t bear losing them too.

Can two people from different walks of life come together to build a strong family for the twins? Or will destiny make them lose everything they hold dear?

EXCERPT:
A sprawling white brick ranch surrounded by trees and fields met Mac as he pulled into the driveway. Large trees thick as his waist, lent privacy to the huge property. Off to the side, he could see a pool area. The place was stunning. What had Shawn done to afford it?

Now that he was gone, Mac realized he barely knew his nephew. They hadn?t spoken more than a few times a year, mostly at holidays, because there was so little left of their family. It had been almost a year since the last time they?d spoken. Mac had been deployed, and even though he?d meant to, he never got around to calling Shawn.

Now it was too late. Regret burned inside him, causing an ache to rise in his chest.

Even when they had spoken, it was quick, never more than a few minutes. No lengthy discussions about what Shawn did for a living. He knew his nephew had eloped with a local girl almost two years ago, but Mac had never met her. Over two years since his last visit. That bothered him, but there was nothing he could do to change it now.

He shoved the rental car into park in front of the house, checking one last time to make sure the address was correct before he stepped out. He glanced at the quiet house; no lights shone through the gloomy afternoon mist, leaving him to wonder if anyone was home. I should have called ahead. He?d taken it for granted that she?d be home with the twins.

All of a sudden, there was a grinding noise as a shotgun cocked from near the porch, sending him on guard. He stepped back next to the car, the bulk of it separating him from the front door, when a woman?s voice hollered at him. ?You?re trespassing. This is private property.?

?The guardian?? Her voice broke.

?Yes, ma?am. I apologize for not calling first.? He watched her over the top of the car until she lowered the shotgun to the ground. Damn she was beautiful, even angry. ?It?s raining. May I come in??

?Not that I have any choice. You?ve inherited everything and you?re going to take them away from me.? 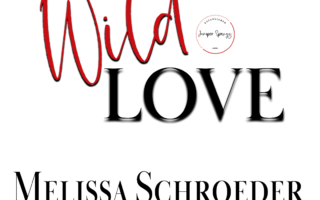