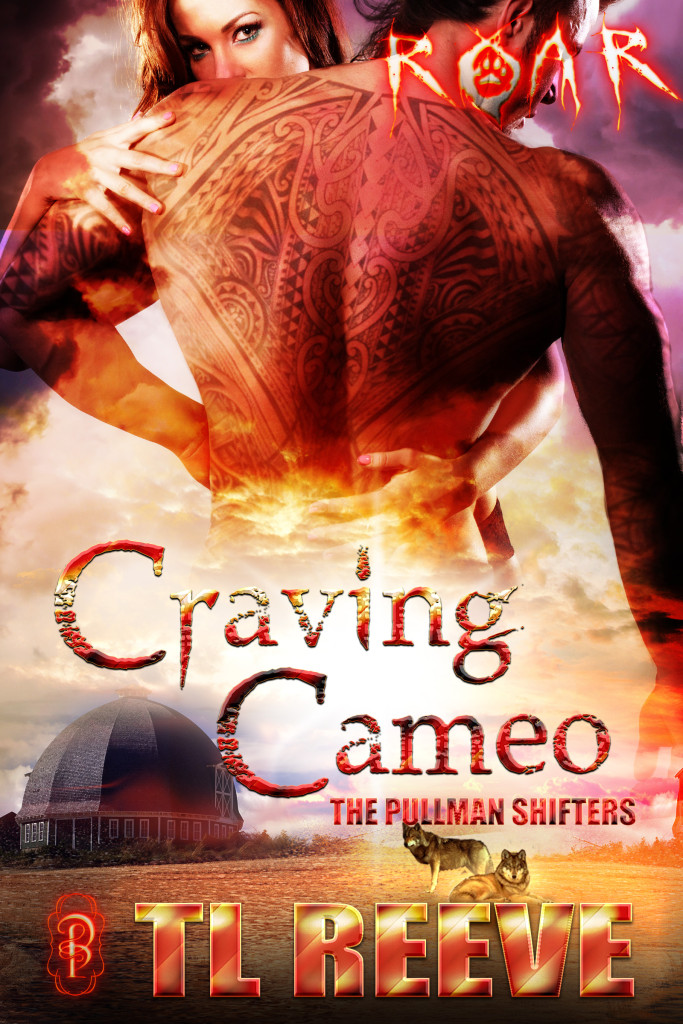 The daughter of the Sentinels pack and MC Alpha, Cameo Cruz moved across country to escape her pack?and the wolf she can never have. Making a new life, she embraced her freedom and went to school. One partying night with her best friend shatters her bubble of safety, and she?s forced to do the one thing she swore she never would?ask for help.

Quade Rainwater lives for his pack and the life the Sentinels Alpha gave him when he took him in. He?d do anything for them, even cut himself off from the she-wolf he?s loved for as long as he?s known her. When all hell breaks loose and someone puts a bounty on his girl, Quade will cross the country to protect her. Unfortunately for him, he?s the last person she wants to see.

All he has to do is keep her safe from the bounty hunters, the locals, and himself?.

?Do you really think I want to be here?? he asked. ?Do you think I find it fun leaving my home to drive clear across the fucking country to find you? Huh? I don?t want to be here anymore than you want me here, but your fucking father?? He snarled and began to pace. ?He?s losing it where you?re concerned.?

?Well.? She gave a humorless chuckle, turning away from him. ?You can tell him I?m perfectly fine.? She wouldn?t give her father or him the benefit of seeing her fear. She?d take care of the other problem on her own.

?Little girl, don?t start.? He laid his hands on her shoulders, and she shrugged them off. ?Don?t you know you have a bounty on your head??

?What?? She whirled around and stared up at him.

?The other night when you called Hui, Xavier also found out about a bounty on your head.? Indifference seemed to coat his unreadable expression and words. ?There are more coming. They?ll be here by tonight. We need to leave. If I can get you to your dad??

?Cameo,? he snapped. ?This is not a fucking game.?

?You?re right. It?s not a game. I will not forfeit my life for some bounty. I?m staying.? She wouldn?t add he could stay and watch over her.

?Well, you?ve got two choices, sweetheart. Come with me or wait to be picked up by the guys who are out for your bounty.? He didn?t blink. He didn?t get angry, nothing.

?My answer is still no.? Crossing her arms, she arched a brow, daring him to say something to the contrary. She played with fire, knowing full well what might happen if she pushed him too far. Quade was not a wolf used to hearing the word no. His nostrils flared. His body tightened.

?Damn it, Cameo,? he growled, while taking a step toward her. ?Why are you being so damn obstinate??

She blew him off and pushed past him, crossing the room to her small fridge. ?I?m sorry if I seem obstinate to you, but this is my life we?re talking about.?

?Is this because I wouldn?t give you the time of day?? Typical wolf. Always thinking with their penis.

?What in the hell do you want from me??

Want from him? She didn?t want anything from him. She hadn?t even wanted to see him again.

In two strides, he closed the distance between them and dipped his head. ?Is this what you want?? He nuzzled her neck and groaned. ?Tell me,? he demanded. ?Do you want me to drop to my knees and beg for forgiveness? To tell you I?ve wanted you since the moment you turned eighteen?? His lips were only inches from her ear. His warm breath brushed against the shell, causing her to shiver. ?You ran away from me.?

?Ran away from you? I left home so I could get an education and be someone better than a thug.? She grimaced inwardly when he flinched and withdrew from her. Quade wasn?t a thug, neither was her father.

?So, I?m a thug now?? He shook his head while clenching his fists at his sides. ?Are you saying when you were on pack lands you thought so low of me?of your father and our friends??

?Am I? Didn?t you say you left home so you didn?t become one, meaning we, the members of your pack, are thugs?? He cocked a brow, daring her to say something else stupid. Insert foot in mouth, dummy.

?Look, I didn?t storm into your home and pick a fight with you. So?so why don?t you leave?? Brilliant! Way to go you.

A dark sinful chuckle passed his lips as he pulled her to him, engulfing her in his embrace. ?You never did know when to shut up.?

His lips slammed down on hers in a brutal kiss. He tasted of danger and excitement. Of raw masculine power. Cameo?s wolf preened, desperate to rub all over him and submit to his dominance. He swiped his tongue across hers, and she became a puddle of goo. ?Would you like to know where my mark will go when I mate you??

TL Reeve, a mulit-published author with Decadent Publishing, Cobblestone Press and Evernight Publishing, was born out of a love of family and a bond that became unbreakable. Living in the south, TL misses Los Angeles and will one day return to the beaches of Southern California to ride the waves at Huntington Beach. When not writing something hot and sexy, TL can be found curled up with a good book, or working on homework with a cute little pixie.

Happy Birthday to me!