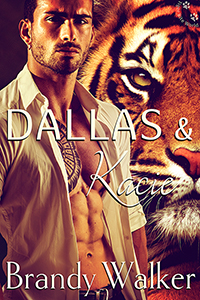 It’s the holiday season, and Kacie Cook is counting down the hours until it’s time to close up Sweet Confections. Not that she has any great plans for the week the bakery is closed. She won’t be seeing her family yet again, and all of her friends are too busy. All she has planned is a little rest and relaxation. That is until the last customer of the night walks in. Could he be the one to bring some holiday cheer and possibly change her life forever?

Kacie Cook checked the clock one more time, six pm. “One more hour to go,” she sighed and turned back to the trays in the display case. Consolidating the treats, she took the empty ones to the back, quickly washing them and placing them in the drying rack.

There really wasn’t much going on at Sweet Confections at the moment. That hadn’t been the case for the past three nights. She and her co-worker, Jamie Montgomery-Murphy, were slammed right up to closing time. The owners, Corrine Hart Montgomery-Murphy and MJ Poppy, soon-to-be Hart, left the store in their hands, saying it was time to let them both take on more responsibility, something Kacie had been asking about for a while.

Now here it was late on a Friday night, and the shop was empty. There wasn’t a soul in sight, and it had been that way for a couple of hours. Things had been so slow Kacie sent Jamie home a little over two hours ago. The girl thanked her profusely, telling Kacie she would gladly come in the next time she wanted to leave early. Not that she would need to take any time off in the near future.

Kacie chuckled to herself as she overheard Jamie on the phone talking to her occasional boyfriend, arranging to get together on her way out the door. One last clandestine meeting before Jamie was folded into the Christmas celebrations happening at Corrine’s house where the Montgomery-Murphy clan, the Hart clan, and the Poppy clan were all gathering. The house was going to be packed to the seams with family and friends.

The tinkling of the front door echoed throughout the store, pulling her from her thoughts.

“Finally, someone to talk to. I don’t even care if it’s Mrs. Gustafson trying to set me up on a date with her grandson again. Be right there,” she yelled out, hoping the customer didn’t take off thinking the bakery was deserted. Or worse, decide to ransack the place, clearing out the cash drawer and taking what food was left.

The sudden thrill that shot through her body at the sound of the man’s voice was completely unexpected but certainly welcome. It had been a while since she last felt drawn to someone of the opposite sex. This man, with the deep and smooth voice that screamed sin, called to her instantly. He had the kind of voice you fantasized about groaning your name when he climaxed after he brought you to multiple orgasms, of course.

Without thinking too much about it, she dried her hands on her apron, let her hair down, then smoothed it back into a ponytail again. Tendrils of blonde hair curled around her face in defiance of her efforts. Pulling her cherry chapstick out of her pocket, she quickly moistened her lips and took a deep breath. “About as good as it’s going to get at this point. Don’t want to scare him off or anything.”

Walking back into the front of the store, she jerked to a stop at the vision in front of her. The man that belonged to the dead sexy voice stood in front of the glass display case perusing its contents. She didn’t think he noticed her, so she took the time to check him out. He looked to be around six foot three. He had broad shoulders, a massive chest that filled out the t-shirt beneath his jacket, and long muscular legs that flexed as he shifted his stance. She blatantly ogled the man’s thighs as they bulged against his tight jeans. Sweet momma! With that much power and strength, he could probably go all night in every imaginable position.

He cleared his throat, garnering her attention. Apparently, he had noticed she was there. A blush rose to her cheeks, heating her neck and face. Damn, it wasn’t like this was the first time she had been caught staring at an attractive man, but for some reason, it affected her.

Kacie decided to ignore her embarrassment and moved behind the counter to put some much-needed space between them. “Sorry about that. I was in the back cleaning up a few things. What can I help you with?”

A dimpled smile kicked up one side of Mister Sex-in-denim’s lips. Her breath stopped up in her throat as a wave of arousal pulsed through her. Damn, that should be outlawed. “I was wondering if Mary Jane Poppy was around.”