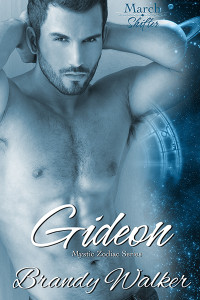 QUOTE: I like my life how it is. I can do what I want, when I want. What more does a man need? ~ Gideon

Gideon Deckard is finally getting a little time away from the Keystone Predator Pack to go wolf. All he has planned is a week of running wild through the Grand Canyon before the hiking season starts back up. Once it does, he’ll go back to what he does best…being the Alpha he was born to be.

Ryder Sparks can barely contain her excitement. She’s taking a week off from work at the family store, Sparks Sporting & Outdoors, and going on her dream vacation. A four day hiking trip on a lesser traveled trek through the Grand Canyon. The season has opened early and she was the first to get the coveted pass. She’s looking forward to pushing herself on her first solo trip and discovering who she was really meant to be.

A run in with a massive grey wolf has Ryder stumbling and getting knocked out. When she wakes up, she’s back in her tent and there’s a hunky man there to help her get back on her feet. When she finds out he’s a wolf-shifter instead of freaking out, she decides to go on the adventure of a lifetime with him. Now all she has to do is convince Gideon to give her a chance to be his one and only Luna.