Shifter U series has been re-released!Available Now
Home / Bookshelf / Audio 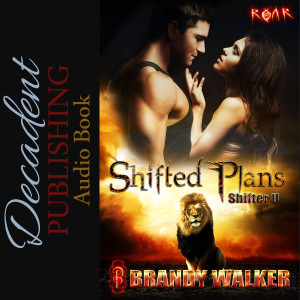 Avery Hillman has one year of college left. Once it?s over she has plans, BIG plans. A job managing her family?s medical practice, an apartment of her own, and a new life where she?s the one in charge. No hovering family, no annoying siblings, and no mate to have to divide her time to be with.

Declan Weller has one more class to finish. One more thing he can cross off his ten-year plan. Once that is done, he can transfer to the new job waiting for him and his new life. He isn?t looking for his mate and as far as he?s concerned, finding her can wait another two years.

The Fates have a plan of their own. One that includes throwing Avery and Declan in each other?s path. It?s high time those two found each other and learn the most important thing of all?sometimes plans need to shift. 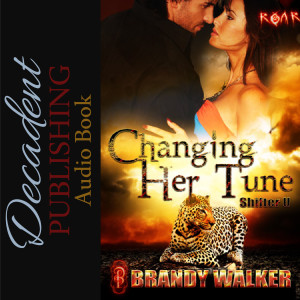 Tess Flanagan is determined to make it through her final year of college even if it kills her. After months of hurt and humiliation thanks to her ex-boyfriend, she?s finally shaking off her anger and pain. Her future holds promise?or it did until a new guy, the star receiver on the football team, mistakenly thinks her roommate is his mate when it?s actually her.

Big man on campus, Austin Shaw looks forward to a promising career in the Pro-Shifter Football League. He has an awesome life?hot women, great friends, and a loving family. But when he scents his mate, his ?perfect game? gets thrown off.

More than meets the eye?

Austin soon finds out it?ll take more than a sexy grin and big personality to get Tess to talk to him. She?s nothing like the woman he knows, and there?s something going on just beneath the surface. Can ROAR help them discover the true path to happiness?