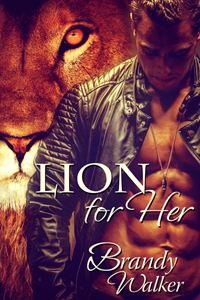 Madison Templeton, known to most as Maddie, is going through a break-up. The

man she thought was her mate, actually wasn’t. While that should break her heart, and it did a little, she’s more upset about losing her best friend and confidant, her ex-boyfriend’s twin brother Van. When the opportunity to escape town and help her cousin out at her bakery comes around, she jumps at it. A little time away to get her head back on straight seems like the perfect way to get some distance.

Van Bowman thought all he could have since the day Maddie unwittingly picked his twin brother over him, was friendship.  He’s had to love her quietly from a distance, and find comfort in being her confidant. Now that his brother has broken up with her, Van is ready to claim the woman that should have been his from the beginning. He made a mistake not telling her how he felt, and he aims to fix that. He’ll do anything to convince her she belongs to him, even chase after her and face off against her new protective friends.

Van grabbed her wandering digits and guided them lower.

She giggled, but they didn’t get far into their playtime.

“I’m serious, Madison. Get your cute butt out here now or I’m coming in.”

Maddie and Van both groaned. She kissed him on the lips quickly. “To be continued.”

Before he could answer, she tossed the covers off and let the cool air wash over their bodies. She hopped out of bed and scrambled for some clothes.

“Damn it, Maddie.” Van bolted upright at the same time she tossed his jeans in his direction, smacking him in the face. He grumbled and got out of bed.

The door rattled and they both looked toward it.

“If you don’t want to get an eyeful, you’d better stop right there, Sienna. I don’t think Gage would appreciate you ogling another man.”

The rattling stopped abruptly, but unfortunately was followed by her cousin pounding on the door.

Maddie skipped to the door and ripped it open. “What?!”

Sienna’s eyes bulged and her mouth dropped open. Her cousin wasn’t looking at Maddie, and the utter wreck she must have appeared. Nope. She had zeroed in on Van. “What the fuck is he doing here?”

AVAILABLE ONLY ON AMAZON

The Ardennes Curse – Romancing the Wolf